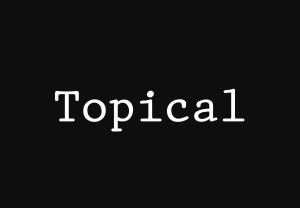 Over the past few years I have been mulling over the doctrine the Sovereignty of God. More specifically the Will of God as it relates to his Revealed Will and his Secret Will. In the past I have had trouble sorting out some theological issues in relation to this topic but I seem to have found a cohesive mix of the Reveal and Secret will of God. This new cohesion has really broken down some huge barriers for Katie and me as we continue to pursue a life that glorifies God. Especially as we seek to submit our lives to a lifestyle that please our Father as we raise our boys to become men. We have been talking about what the implications of my new stance are, and it has been no less than refreshing.

1. His Revealed Will (Salvation, Glory, Godliness, & the Gospel)

2. His Secret Will (that which has not been revealed)

Revealed Will: As image bearers our purpose and agenda is to pursue the Sovereign Will of God. We know what it is because we have the Word of God. We have the Bible. We have the Testimony of Jesus of Nazareth, the Son of God. However the totality of the Sovereign Will of God is only partially known. So, we pursue his Sovereign Will by pursuing what has been revealed in the Scriptures. Namely salvation through Jesus of Nazareth who is the Christ, Glory to the Father, a fervent pursuit of godliness through the power of the Holy Spirit, and the proclamation of the Gospel. Some things are more easily identified in this category. Like loving God has been revealed. Or love one another has been revealed. We don’t need to discover if loving one another is appropriate because this command has already been explicitly revealed.

Secret Will: We do not know what we do not know. I know this sounds Zen, but stay with me. Even now I do not know if it is God’s sovereign will that I should be a drummer or even go to seminary. There is nowhere in the Bible that says I should. However, since I have decided to be a musician and a seminary student it is God’s Revealed Will that if I continue to be a drummer and continue to go to Seminary I should do so in a way that pursues his Glory through my music and my studies. Another example would be that although we know that Jesus will one day physically return it is still God’s Secret Will as to when and how this happens.

So how do we navigate to know conclusively what God’s Secret Will is? That’s just it, we don’t! We don’t need to. Seeking what is secret is a fool’s errand. Now that is not to say that we should not ask God to reveal things to us. But it is to say we can now live in the freedom to pursue what God has revealed without becoming entangled in what he has left secret. When it comes to the Secret Will of God we should ask the following questions:

If this is our understanding of the Sovereign Will of God, then our conversation changes drastically.

For example, I can pray all day and all night about whether or not to wear shoes or sandals. However, there are no Bible Verses to ever biblically validate reasoning along the lines of, ‘Sir, I’ve prayed about it and I don’t believe it is God’s Will that you should ever wear sandals.’ Most Bible Verses to validate the claim in this situation would be bad exegesis at best. However, it would be appropriate to say, ‘It is my wise counsel that should you not wear sandals because…’ Short of a vision or dream (and even then it is still subject to Scripture) there is no Biblical basis for a normal So Cal resident to not wear sandals. This anti-sandal sentiment is just not in the Bible. Although you could make a cultural argument; which would be hard since the So Cal culture loves its sandals. This might be a silly example but the thought still stands. Certain things are not in God’s Revealed Dill and other things remains in his Secret Will. When it comes to his Secret Will no matter what we do we will not be able to fully discern his Secret Will.

This should be freeing because you are free to pursue things that are in contradiction of your parents, your friends, and even your field experts. Why? Because as a believer you are under obligation to pursue the Glory of God with freedom. When making a decision that steps into the unknown you don’t need a Bible verse to make a grown up decision or a charismatic moment to validate your decision. Instead you need to know that you cannot know the Secret Will of God, but you can know the revealed Will of God. Therefore you are to make decisions about the Secret Will in light of the Revealed Will and have faith that God will achieve his Sovereign Will.

People will always make a Biblical argument for making a certain decision. But with proper Biblical exegesis we can easily see, it’s just not there. The Bible was not written to be a Ouija Board or to be a Sacred Tarot card. We should not be walking around waiting for fate or the stars to tell us our future. People may make an argument that your decision displeases them, but if their displeasure if inhibiting you from pursing God then they are at best acting like the family of Jesus (Mark 3).

Without the need to search out the Secret Will of God I have no need fret over whether I am making the ‘correct’ decision for seminary study. But even more so I don’t have to study with any trepidation that I might be wasting my time. Instead I can run full steam knowing that as long as I am within God’s Reveal Will (Salvation, Glory, Godliness, & the Gospel) I am pleasing him. So long as you pursue what is Revealed by God you will not be pursuing the wrong goal. That doesn’t mean you won’t sin along the way, but your decisions will be rooted in faith not in sin.

Be encouraged to live a life free to glorify our God. What a beautiful thing it is to know that God’s Will shall be done, and that he has given us the liberty to pursue his Glory with various means!!!!!! 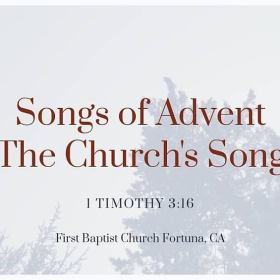