Psalm 22 is a terrifying Psalm because it speaks of a king established by Yahweh who will rule and reign with a rod of iron. The psalm ends with a command and a blessing. The command is to submit to the this Son of God because this kings wrath is quickly kindled. And the blessing is for all those who find refuge in this Son. 1 Chronicles 18-20 is a shadow of the reign of the Messiah-King shown through the reign of David and his complete annihilation of his enemies and the reward of his servants.

Looking back to the word and vision given to Nathan the prophet in 1 Chron. 17:7-9 we  find Yahweh explaining that: (1) He took David from the pasture to Israel’s’ leader, (2) He has been with David wherever he has gone, (3) He has cut off David’s enemies, (4) He will make David’s name great, (5) He will appoint a place for Israel, and (6) He will subdue all of Israel’s enemies. Reading 1 Chron. 18-20 is best read as a fulfillment of this word given to Nathan. Looking at just chapter 18 we see these promises fulfilled.

1. He took David from the pasture to Israel’s’ leader

2. He has been with David wherever he has gone

3. He has cut off David’s enemies

Among others David defeated the Edomites, the Moabites, the Ammonites, the Philistines, and the Amalekites. (18:11)

4. He will make David’s name great

5. He will appoint a place for Israel

Israel’s boarders were broadened and garrisons were built on the very out skirts of their boarders (18:6, 13)

6. He will subdue all of Israel’s enemies

Although David is seeing the immediate fulfillment of these promises it is really pointing to Jesus of Nazareth who was sent by God to end the rebellion of man against God. As we saw in Psalm 2 Jesus will rule with a rod of iron. Jesus is the true Messiah who will rule and reign with Justice and Righteousness. Jesus is the true King who will have tribute paid to him by all his enemies. But the tribute paid to Jesus will be more valuable than financial wealth. The tribute paid to the Messiah-King, Jesus, will be worship. His reign of justiceness and righteousness be eternal and absolute.

In chapter 19 we see a compassionate side of David as he send ambassadors to comfort a dead friends’ son. This new king Hanun, the son of King Nahash, disregards this act of compassion. Instead Hanun decided to humiliate David’s ambassadors by shaving their beards off, and cutting off their pants. The modern day equivalent would be a foreign leadrer pulling down the pants of a US ambassador on live national television. This was not a good idea. Hanun realizes how bad he messed up and pays some mercenaries 37 tons of silver to defend himself when David comes to execute justice on Hanun.

This infinitely large sum of money buys Hanun some good protection for himself, but not Good enough. Listen to Joab’s statement when preparing for the battle between Israel and Hanun/Ammonites, “Be strong, and let us show ourselves courageous for the sake of our people and the cities of our God; and may the LORD do what is right in his sight”. What was right in the sight of the LORD was complete loss for Hanun.

If David went to the lengths that he did to defeat a king who rejected David’s comfort, how much more will Jesus go to defeat those who reject His comfort? Jesus as the true Messiah-King has sent the Holy Spirit to comfort us, and has sent us to comfort others. The shame we experience, the suffering while we endure comforting others will not be overlooked. Jesus will do what is right. But in the midst of life’s chaos we should emulate the attitude of Joab. We too should be strong and show ourselves courageous for the sake of the Gospel because God himself will do what is good in His sight. This theme of strength and courage before the LORD is one that runs from Genesis to Revelation. Therefore have strength and Courage knowing that (1) all things work for good for those who are called according to his purpose. (2) Jesus will never leave or forsake us. And we know He has not left us because He sent His comforter, the Holy Spirit.

Moving into chapter 20 we see a summary of battles and events bring to a close the battles fought by David. In passing we see a phrase that should make us think of the Bathsheba adultery/murder incident, “in the spring when the kings go out to battle…David stayed in Jerusalem.” Just like in other portions of Chronicles we must ask, why did the author of Chronicles leave out such a significant event? I think it was best said by a commentator like this, “God’s plans were brought to fruition  despite the frailties of those through whom he carried out his work.” The writer of chroniclers isn’t hiding the sin of David, he is highlighting the faithfulness of God. NO matter the flaws of the Church, God’s sovereign will is being accomplished.

We see in 20:2 that David takes this 75 pound gold crown with a precious stones and it is placed on his head. The enemies magnificent crown being placed on David’s head is to show that all authority that was ascribe to the previous owner now belonged to David alone.

Is this not what happened when Jesus died on the Cross rose again and ascended to the right hand of God? When Jesus defeated death didn’t he take all authority that the enemy had and squelch it. Isn’t it wise to serve the one who has defeated death so that we might live?

This is no different for the Church today. What we do, the credit is given to our Messiah-King. This should put the Christian in a position of awe and fear. All the good a beliver will ever accomplish – Jesus get glorified. That is a beautiful privilege to have been given. However, every form of evil a believer commits will be attributed (although incorrectly) to Jesus. Think of how many people have submitted to Jesus because of the acts of kindness of a Christian. Now think of how many more have turned their backs on Jesus because of the foolish acts of those who claimed to be of Christ, but were in fact royal traitors. Just as David’s servants were given credit with the King, so it is for the believer who is participating in the ruling and reigning of Christ.

God not only fulfilled his promise to David to subdue his enemies and make his name great but Yahweh also fully realized this promise in the Kinship of His Son Jesus of Nazareth. Jesus as the true Messiah-King will establish peace by ruling with his rod of iron. It is paradoxical that Jesus by acting as a dictator will establish lasting peace while at the same time administering justice and righteousness. But it is a tension we must embrace as believers.

1. What tribute are you bringing to the King

Enemy and friend alike will bring tribute to the King

In what manner will you bring tribute to the king? As a defeated enemy or a welcome ally? The gifts, talents, and resources you have will be given back to the Messiah-King. Will they be stripped from you or will you offer them up?

2. How have you responded to the comfort of the Jesus?

Have you welcomed or rejected the comfort of the Messiah-King? When Jesus says to follow me, for my burden is easy and my yoke is light, do you believe and obey or do you scoff at such an audacious claim?

3. Where is your strength and courage coming from?

Some people trust in the strength they can buy, others trust and find courage in that the LORD will do what is good in his sight.

When you face you weekly obstacles do you turn to people, friends, money, success, grit, or to the LORD? This week when the boss tells you to do what is contrary to the law of Christ will you trust in your boss or Christ? When you are given devastating news where do you you’re your strength and courage?

4. What are your hands doing?

Everything a person does has eternal consequences.

After creation came the rebellion of man against God. He promised to end the rebellion, and through the life, death, resurrection, and ascension of Jesus the rebellion was ended. When the dust settles from wars between those who support the rebellion and the Messiah-King what will your legacy be? One of defeat and destruction? Or one of obedience and submission?

1 Chronicles 18-20
18:1-2, 13-14
After this David defeated the Philistines and subdued them, and he took Gath and its villages out of the hand of the Philistines. And he defeated Moab, and the Moabites became servants to David and brought tribute.

Then he put garrisons in Edom, and all the Edomites became David’s servants. And the Lord gave victory to David wherever he went. So David reigned over all Israel, and he administered justice and equity to all his people.

19:1-5, 8-15
Now after this Nahash the king of the Ammonites died, and his son reigned in his place. 2 And David said, “I will deal kindly with Hanun the son of Nahash, for his father dealt kindly with me.” So David sent messengers to console him concerning his father. And David’s servants came to the land of the Ammonites to Hanun to console him. 3 But the princes of the Ammonites said to Hanun, “Do you think, because David has sent comforters to you, that he is honoring your father? Have not his servants come to you to search and to overthrow and to spy out the land?” 4 So Hanun took David’s servants and shaved them and cut off their garments in the middle, at their hips, and sent them away; 5 and they departed. When David was told concerning the men, he sent messengers to meet them, for the men were greatly ashamed. And the king said, “Remain at Jericho until your beards have grown and then return.”

20:1-3, 8
In the spring of the year, the time when kings go out to battle, Joab led out the army and ravaged the country of the Ammonites and came and besieged Rabbah. But David remained at Jerusalem. And Joab struck down Rabbah and overthrew it. 2 And David took the crown of their king from his head. He found that it weighed a talent of gold, and in it was a precious stone. And it was placed on David’s head. And he brought out the spoil of the city, a very great amount. 3 And he brought out the people who were in it and set them to labor with saws and iron picks and axes. And thus David did to all the cities of the Ammonites. Then David and all the people returned to Jerusalem. 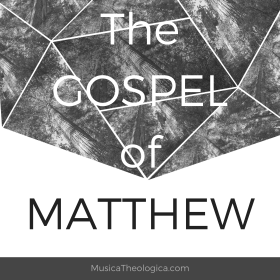 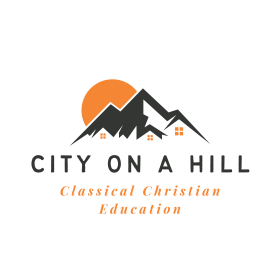