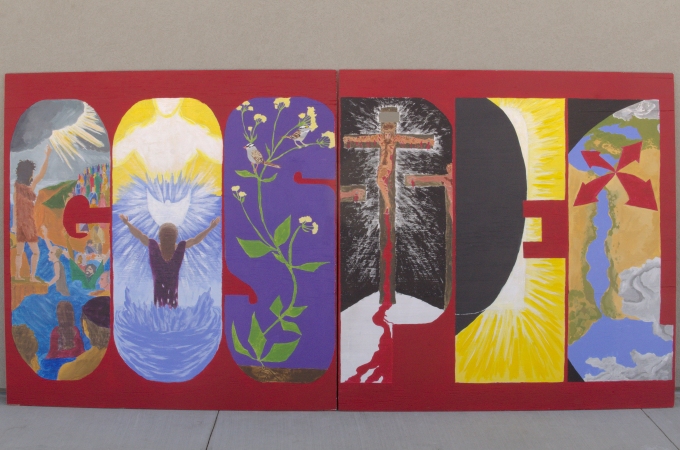 No bread. No Bag. No Money. And just the clothes that are on their backs. A mandated faith in the provision of the Father. Sent with power over unclean spirits. A sense of urgency. A message of repentance and a compassion for the afflicted and the sick. The 12 Apostles were sent with a message and with a task. They were living with a purpose based upon the revealed will of God.

John – Prepare the Way of God

John the Baptist made it a regular preaching point to speak against Herod having married his Sister-in-law. John was calling this marriage unlawful and Herodias (Herod’s wife) didn’t enjoy having her sins pointed out. Herodias convinced Herod to have John arrested. Sometime later Herod made a promise to his daughter to give her anything. Herod’s daughters requested for John’s head on a platter on the advice of her Mother Herodias. Although Herod followed through on this request he did so reluctantly. Why? Because Herod knew John was a righteous and holy man. And Herod enjoyed hearing John speak, even though he was always perplexed by what John was saying.

So it was after the disciples of John came and buried John that all of these works of Jesus and his disciples were coming to the attention of Herod. So he thought that John must have come back from the dead.

We need to pause here to address why Mark goes on this little tangent about John’s death. John only shows up three times in Mark. And each time John is shown as the one who prepares the way of Jesus as God. In Mark 1 we learn that John precedes Jesus in his life, in his preaching a message of repentance, and in his baptism. Then John is dropped from Mark until here in Mark 6. I think we would be consistent with Mark’s intent to see the return of John in Marks gospel as one who prepares the way of God. If John was to prepare the way of the Jesus as God then we should note that John preceded Jesus in his standing before Herod, in his unjust imprisonment, in his unjust death, in his being buried by his disciples, and even in his raising from the dead. In every way John prepared the way of his God. In birth. In life. In baptism. In preaching repentance and forgiveness. In death. In burial. And even resurrection. Although John did not raise from the dead we should see these rumors as foreshadows of what was to come.

This Story about John is sandwiched in between Jesus sending and receiving the twelve Apostles. Mark is using this sandwich to make a point about John. John had a purpose. And that purpose cost him his life to live in obedience to that purpose. Because of this intent we should stop and ask to what end shall we live the purpose given to us? The purpose given to us is not hidden or secret, but revealed. Just as John prepared the way for Jesus’ life, death, and resurrection, so we too should be prepared to follow Jesus in life, death, and even one day resurrection. Just like John, our purpose is the Gospel of Jesus of Nazareth.

The Apostles come back from their trip and begin to tell Jesus all that had happened while they were out living with purpose and changing the world. After hearing the stories of his Apostles, Jesus knew that they all needed to rest. Once again Mark mentions that Jesus and his disciples do not even have time to eat because the people were still pressing in on Jesus and his disciples. So Jesus took his disciples across the sea. But before they could cross the sea and find a desolate place to rest the crowds were already forming on the shoreline. And Jesus being Jesus had compassion on them. All he could see was a crowd of people that he desperately loved. So he began to teach them.

This next part of Mark about Jesus feeding the 5,000 is usually separated from the previous part about John’s death sandwiched in between the sending and the return of the Apostles. But Mark shows us that the feeding of the 5,000 and Jesus walking on water was an interruption to the rest that the disciples needed. Although the disciples needed rest, the crowd needed Jesus. So Jesus began to teach the crowd. As Jesus was showing compassion on his sheep and teaching them it became late and the need to feed the people was pressing upon the disciples. So Jesus asked his disciples to feed the people. They of course thought about the logistics of buying the food. Jesus instead asked for the 5 loaves and 2 fish that the disciples did find. And in an act to foreshadow the Passover meal Jesus blesses the bread, breaks the bread, and gave the bread to the disciples to give to the crowd. Twelve baskets of left overs are collected, the people leave, and Jesus sends his disciples back across the sea. But unlike the first time Jesus sent the apostles, this time the disciple fail.

I AM on Water & Still Faithless

After sending the disciple across the sea Jesus actually has a moment to find a desolate place and he goes to pray. He sees that the disciples are caught in a storm and aren’t making any progress crossing the sea so he comes to them. It is at this part of Mark that we come across some very difficult words. Mark says that Jesus meant to pass the disciples by. So we are left asking how is it that Jesus meant to pass the struggling disciples by? And.. why so close? Instead of playing Ninja at sea couldn’t he have walked a little farther around the disciples? Didn’t Jesus know that he was going to be seen? Is Jesus really that much of a Jerk? Asking these questions are good but they are missing the point. Instead we should ask two other questions. If it is Marks intent to show Jesus as God, then Question 1:Has God ever walked in on water? According to Genesis 1, yes. Questions 2: Has God at any other time ever intended to pass by his own? Three texts should come to mind.

Reading these passages we begin to see that Jesus wasn’t acting like a divine jerk by intending to ‘pass by’ his disciples but he was acting in accordance with the character of God. Mark wasn’t trying to show how cool Jesus is. His goal was to further establish that Jesus is God in the flesh. It was to show that we can call on and see the God who we love. Especially as Jesus utters the words, “Take heart; it is I. Do not be afraid.” In other words.” Take heart. I AM. Do not be afraid.” Jesus is saying look to me for salvation. But the disciples didn’t get it.

Jesus gets into the boat and he calms the wind. The disciples didn’t understand that this man who has authority to teach, authority over demons, sickness, the earth, and even death is none other than God himself. Their hearts where hardened to the purpose for which Jesus came. They did not understand the bread. They were speechless but they didn’t know why.

Jesus came for a specific purpose. He came to preach repentance. To offer forgiveness. He came to offer compassion on those who are hurt and dying. Jesus came to redeem and take back what belongs to him. But he also intended that the disciples would become apostles. And that these apostles would take the message of the gospel to the ends of the earth.

As those who have heard the purpose and intentions of Jesus we must not harden out hearts and miss the point of what Jesus did with the loaves. Jesus created. He took 5 loaves and fed 5 thousand men with enough left over to fill 12 baskets. Then he commanded the disciples to go. This command to go is not just a command for the 12 disciples of Jesus but is a standing command for all disciples of Jesus. We cannot live out our purpose if we do not understand who Jesus is. If we only come for the food then we will live a miserable life. But when we begin to see that Jesus is God we are able to live a life with purpose and meaning. Not because we have discovered a purpose that is meant to be secret. But because what has been revealed is our purpose. We are to be focused on the most important thing in existence. We are to be focused on the fact that Jesus is God.

We can be so close to truth and still miss it. We can come into the presence of God, her his words, and still be distracted by insignificant things. If the twelve disciples missed it, then we should take into consideration that we are prone to miss it too. “It” being the purpose for which we live. That purpose being the glory of God through the proclamation of the Gospel of the kingdom of God to the ends of the earth. Our purpose is to make the name of Jesus of Nazareth known. How we achieve this end is not our purpose. How we achieve this end is only important in so far as it helps us pursue the purpose that God has revealed.